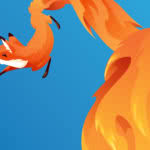 let us talk together, from user to foundation.

You are ready to kick out the personal sync server with the version 30.
I was possible to read about it in the press and other german blogs, and of course your Relaunch and Motivation

After the things that are happened in the last time (hint Snowden), it is impossible for me to save my data in another cloud/place/callitwantyouwant than my own fine encrypted server with a self hosted Syncserver.

You spend your time imagine a new way for the „users“ to get an account for syncing the data between their installations/devices.

You told us, that the syncserver wasn’t used very well.
Ae one of my most read articles is Synchronisation für Firefox auf dem eigenen Server
The other used instances are Mozilla Syncserver in owncloud (atm 3386 Downloads).
I think there are more than I know.
Or did you know more than me and monitoring our installations?

You are going the absolute wrong way and the theorethical, “ it is possible to set up the own sync server“… c’mon this awkward.

You will lose more and more users, because atm the most used browser is chrome/chromium.
On the corner we have a syncserver ( btw I do not test him atm) for Chrome/Chromium.

What do you think will users with a syncserver, like me, do ?

I’ll switch to chromium and of course I’ll will not spend my time with the mozilla project in any case, because I could not sync and host my own data.

What’s about FirefoxOS and me?
I have no real DAVsupport atm and when I have, I could not use my own syncServers at all.
This means I never switch to it, as I wanted before.

We could not update from 1.1 to 1.5?
That’s fine for me, I’ll export everything and import it into the new syncServer.